Blown Away by Elle James

Originally released by Harlequin Intrigue in 2007

After surviving an American Embassy bombing that killed her boss and her lover, Sean McNeal, TJ returned to Washington and set out to find out who did it. Undaunted, she maneuvered through corridors of power, exposing the secrets hidden behind every door on Capitol Hill…only to smack right into the broad, familiar chest of Sean McNeal—in the flesh.

Inexplicably Sean had survived and was now undercover. He needed TJ’s silence, her help and her kisses more than he wanted to admit. The last thing he wanted to do was draw TJ into a web of high-stakes corruption. But there was no shaking her off and there was no way she was going to let him get killed—again.

Originally released by Harlequin Intrigue in 2006

Sheriff Miles Monahue had fallen hard for Caitlin Collier, meeting and marrying her in less than a month. So when she disappeared and Miles was accused of foul play, his world shattered. Then, just when he thought he’d never learn the truth, her body was discovered. Before Miles could grieve, Caitlin’s look-alike stumbled back into his life, with no memory. True, his wedding had been uncharacteristically impulsive, but the feelings “Caitlin” stirred made him determined to protect her from the danger that had followed her home…till death did they part.

Originally released by Harlequin Intrigue in 2012

Michelle Girard never expected three of her former classmates to wind up dead just before their high school reunion. But thanks to the sharp eye of her former crush, FBI Agent Colin Roarke, the scattered rose petals found at the scenes prove the “Reunion Killer” has struck again.

Colin, an uneasy war hero, feels a need to protect Michelle, especially when she becomes the killer’s latest obsession. Staying one step ahead has always been Colin’s specialty, but as his frustration intensifies, so do the very real complications of long-buried feelings. Then Michelle is kidnapped, and clues lead Colin to the foreboding Columbella House, an abandoned Victorian mansion where shrouds of fog conceal dark secrets—and dangerous, hidden desires. 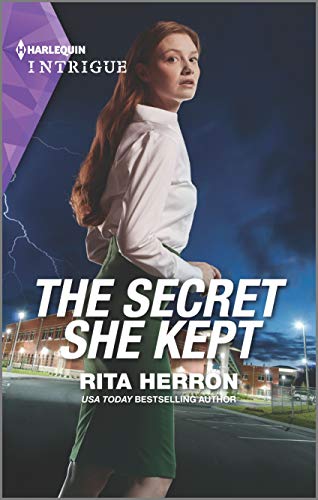